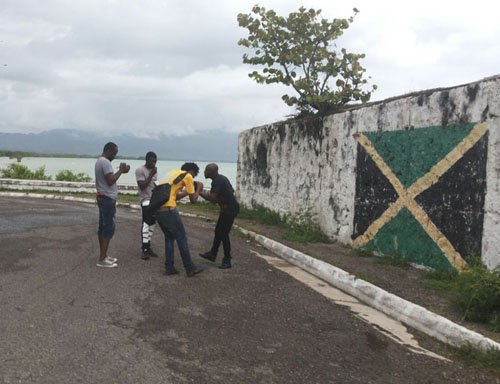 Reggae recording artist, Kappo, spent the last two weeks in Westmorland, Jamaica, shooting the official video for his much talked about track, ‘sensimillia.’ The video was directed by Richard Brown and his production team and the entire shoot took a total of four days.

They started out on day one at a place called Goodhope, overlooking Negril and the Caribbean Sea. On day two, they began shooting in Whitehall and finished up in downtown, Savanna-la-Mar. To show consistency with the words of the song, they visited several farms in Darleston on day three and closed off the shoot doing a club scene just outside Little London on day four.

If you have not heard ‘sensimillia” as yet, listen to it here: