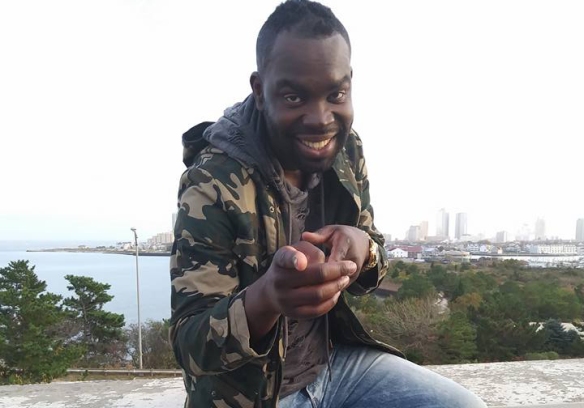 King Tappa is a reggae singer based in New Jersey. He has been in the music industry for over ten years. Starting his music career first as a DJ in his early teens through college and his twenties. Music has always been a big part of his family. King Tappa remembers singing and free styling at the age of 14 and four years later, it comes as no surprise that he decided to take music seriously. Beginning as a DJ he established Power Sound and went by the name DJ Tappa. He got the opportunity to perform at many venues within the tri-state area and even outside the United States. His performances outside of the United States include: St. Croix, Linstead, Jamaica, Bermuda and Dominica to mention a few. The highlight of his DJ career so far has been performing with Stone Love at Da Culture Lounge Fredrickstead, St.Croix U.S.V.I in 2005.

Inspired by international Reggae artists such as Steel Pulse, Beres Hammond, Culture, Gregory Isaac, Capleton and Morgan Heritage he began writing and moved on to singing. Going now by the name King Tappa he released his premiere album “When I Work” in 2007. King Tappa was able to give an unforgettable performance back in his homeland performing with the likes of Tanya Stevens and Gyptian. His premiere album “When I Work” has given King Tappa performances alongside artists like Da’Ville, Elephant Man, Buju Banton, Beenie Man, hip hop artists Rick Ross and Fabolous to name a few.

King Tappa has written over 100 songs and has done excessive amounts of dub plates and jingles for many different sound systems worldwide. He released his second album titled “Feeling the Vibes” last summer. This album comes a decade after his first release and it proves he has grown significantly over the years through his music and performances. He has been performing both locally and internationally in places like Canada, the Caribbean and Nairobi Kenya Africa, which by far is the highlight of his career. His work is one to look out for since not only does he sing and DJ but he writes all of his music.

In addition to his musical contributions, King Tappa is also the president of Project Book Bag, an initiative designed to assist students in Dominica by making meaningful contributions of school supplies on a yearly basis.